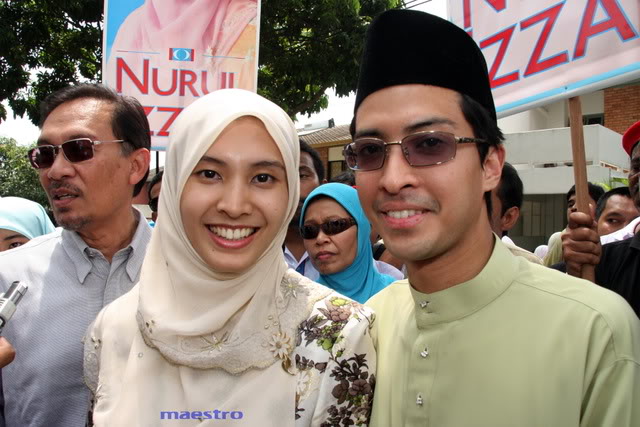 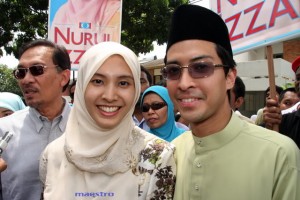 TheStar reports that a divorce case exists between the PKR vice president and her husband.

Nurul, 33, has sought the divorce under Fasakh (to annul the marriage) with Raja Ahamd Shahrir Iskandar, 35, in late December through the petition.

Raja Ahmad Shahrir Iskandar is believed to have received the petition on Jan 16.

He has asked for a two-week postponement of the proceeding for him to enable him to prepare his case.

It could not be ascertained if a third party was involved in the break up of the couple.

Court officials confirmed that their divorce case was in the system and Nurul and her husband were both parties in the suit.

They said that the case was set for mention before lower Syariah Court judge Ab Malek Awang.