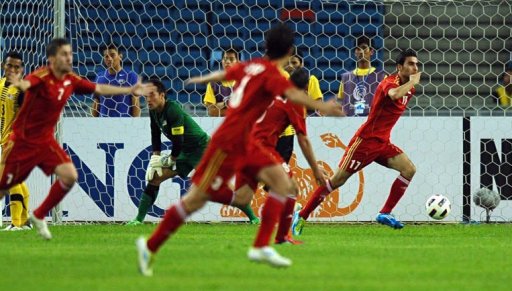 Two second-half goals took Syria level on points with Group C leaders Japan in the Asian football qualifying for next year’s Olympics, as Malaysia and Bahrain stayed rooted at the bottom, both yet to score a goal.
Solaiman Solaiman’s 52nd minute goal looked to be the clincher in the tie at the Bukit Jalil National Stadium, before substitute Nassouh Nakkdahli made sure for Syria with a second goal in the 88th minute.

The result comes in an eventful week for Malaysia’s under-23 side, after it triumphed in a tragedy-marred final at the SEA Games in Indonesia on Monday.