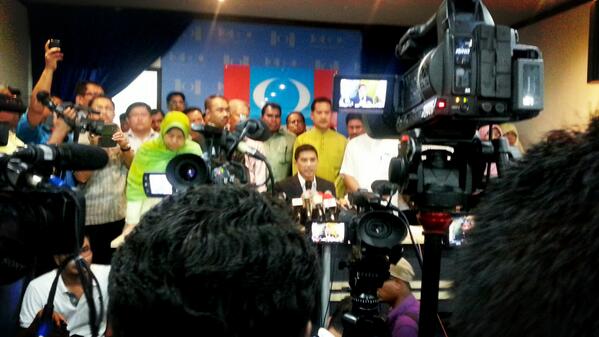 PKR deputy president Azmin Ali has denied that he will quit from the party and blamed Umno for spreading such rumours.

Speaking at a press conference at the party headquarters this morning, he vowed to continue fighting with PKR under the leadership of Anwar Ibrahim

“It is a vicious lie that I will be joining UMNO” he said.

“I will not forsake this struggle,” he stressed. “To this people…[who spread such rumours]… carry on dreaming.”
It had been widely speculated that Azmin would quit the party with his supporters, with some claiming that it is related to the Selangor menteri besar post.