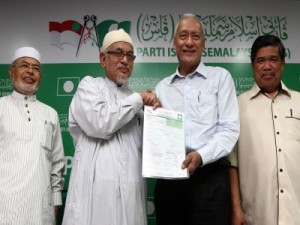 Muhammad, who helmed the country’s wealthiest state from 1986 to 1997, said Malaysia and Selangor had enjoyed development under Barisan Nasional (BN), but stressed that it was time for change.

“Children will be messed up if development is soulless,” Muhammad told reporters at the PAS headquarters here.

“Look at Shah Alam. Which party can restore the soul? It must be a party that fights for religion,” he added.

Muhammad pointed out that although Islam was the country’s official religion, there were still Malay schoolgirls who did not wear headscarves.

Muhammad’s last post with Umno was as its information chief under former party president Tun Abdullah Ahmad Badawi, who stepped down in 2009.