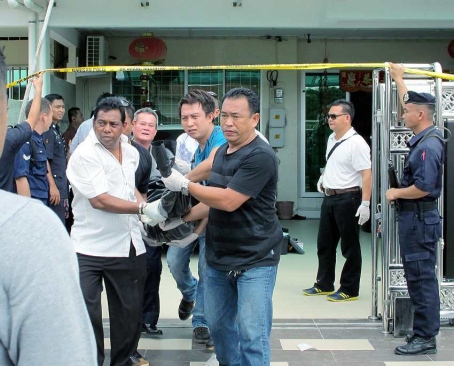 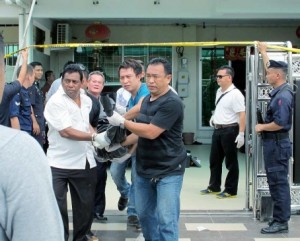 SIBU: Four members of a family were murdered in their home at 1H Lorong RTM 13B here just before dawn Tuesday.

The victims were a 36-year-old businessman, two of his children – aged eight and 10, and his 80-year-old mother.

The businessman’s wife managed to escape through a window on the first floor.

Law said Tong Hock’s wife, Li Xiao Lan, 28, fled unharmed through a window to a neighbour’s house after she heard a commotion downstairs and some people trying to kick down the bedroom door of the house at Lane 13B1, RTM Road, here.
He appealed to eye-witnesses to come forward to help the police and asked the media not to make any speculation which can hamper investigations.
The police will bring in forensic experts either from Kuching or Bukit Aman (Kuala Lumpur) if necessary, he said.
“I have come here specially for this case to see what kind of help we can offer. We will not leave any stone unturned in our investigation,” he said.