Malaysian soldiers launched an attack on Tuesday against an armed clan in the Philippines, part of a continued effort to end a three-week long standoff in Sabah after violence in recent days that already killed at least 27 people, a Malaysian government official said.

The operation to take over an area occupied by about 180 Filipinos, dozens of them armed, began early Tuesday, a spokesman for Malaysian prime minister Najib Razak said.

The government sent seven army battalions to the area on Monday to reinforce police, Al Jazeera’s Florence Looi reported, adding that an “all-out assault” could follow.

A firefight first broke out on Saturday, when the Malaysian police tried to force the group to surrender, initially killing at least 10 people. The armed group launched a counter-attack killing at six Malaysian police, but also losing an additional seven of its members, raising concerns the violence was spreading.

“After the first attack, I have asserted that the intruders must surrender and if they refuse the authorities of this country will take action,” Najib said in a statement. 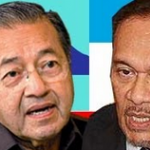 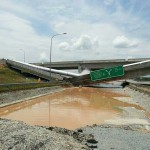