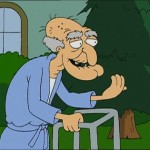 The world is getting sick by the moment, and it has not spared our shores and a 75-year-old man businessman has been held after his 10-year-old granddaughter alleged that he had raped her over the past two years.

The man’s act came to light when the girl was admitted to a private hospital here early this month for appendicitis.
She was warded after surgery and, while recuperating, doctors and nurses who cared for her told her that her grandfather would be visiting her. She became distressed and started throwing tantrums. Suspecting something amiss, a doctor interviewed the girl. It was then that she told the doctor she had been sexually abused by her grandfather for the past two years whenever she was left by her mother in a luxury apartment where he lived. The doctor lodged a report at the Pantai police station.