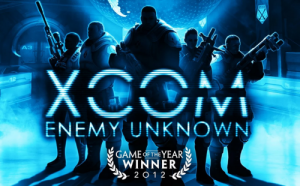 It really is quite an amazing game, which is why it has also found a spot on our list as one of the Top 10 Best games for the month. The tactical turn based combat is always fun especially if you love a little strategy, and there’s always something to be said about getting to duke it with aliens on the battlefield. If you haven’t picked up this awesome title from 2K Games yet, you can grab it from the Play Store for $9.99. It’s a little steeper than most Android games out there, but it’s worth every penny. 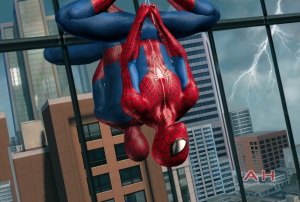 This second installment from Gameloft in The Amazing Spider-Man series of games based off of the movie is every bit improved over the original, with more than just enhanced gameplay. The graphics are better, the gameplay is more vast and open world allowing the gamer to explore, and the combo based action and combat is much better than before. Just like you’d expect you can climb walls, web-sling around the city, and face off against some of Spider-Man’s greatest foes. The only downside we can really see here is that the game does require an internet connection to play. Still, even with that drawback the game pulled off a spot in the top 10 this month. You can pick up The Amazing Spider-Man 2 from the Play Store for just $4.99 and get to saving the world.

3. Family Guy: The Quest For Stuff 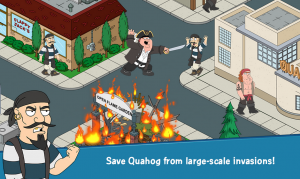 It’s Family Guy, in a game, with the same hilarity one can expect from the show. If you like Family Guy than you should love this game. It’s a great little time passer and brings honestly nothing but enjoyment from the funny antics that come up throughout. This is your basic town builder game but with some twists. Similar to The Simpson’s Tapped Out, but with that hilarious and random Family Guy flare that we all know and love. Build your own living Quahog, and perterfy just about anything and everything. Just as the game’s description says, this game is Freaking Free!! You can grab it from the Play Store for zero dollars and zero cents anytime. 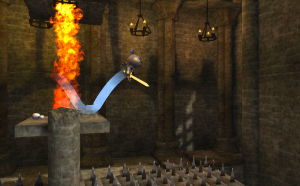 If you liked the original then you will love playing the sequel. Wind-Up Knight 2 is bigger, better, and has tons more adventures for you to quest on. The levels are just as well put together as the original, with more things for you to upgrade and lots of new items, and armor to acquire. There are more levels than in the first, and the graphics are quite a bit better as well. The one downside I can see to this game is that it has a fairly high price to unlock the full game,($8.99) which isn’t just the full game but also comes with extra gold, items, and an armor set. If it had just been the full game itself, the price would most certainly be cheaper. The developers were kind enough to give you a certain window of opportunity in which you can purchase the full game/item bundle for about half the cost though. So if you don’t mind throwing down a few bucks for the game do it soon after you open it up so you don’t miss out. Otherwise you’re dropping nine bucks for Wind-Up Knight 2. You can grab the game for free from the Play Store, and play the first set of levels at no charge, after which you’ll be prompted to buy the full game. 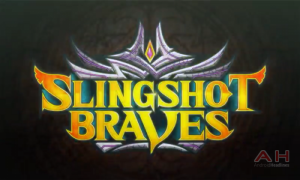 Slingshot Braves is an action-rpg that we gave the title of Game of The Week not too long ago. We loved it because it’s unique approach to the combat system of gameplay within an RPG, which is something we had never experienced during this type of game before. The graphics are quite nice and the story so far seems to be decent, although truth be told I am not too far in myself. The game is free though and while it does support IAP, it doesn’t seem to require them to play the game the whole way through and have fun while doing it. You can grab Slingshot Braves from the Play Store for free and begin your adventure into this awesome world of heroes, monsters, and legendary weapons. 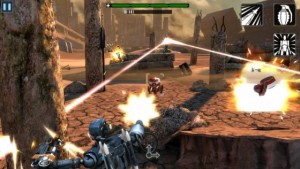 Epoch 2 actually came out right at the end of March, but the continuation of a compelling story and riveting action packed gameplay set forth by the premise of being the sole hero in a robot controlled future was too much to pass up for a top 10 game of April, and we couldn’t very well add it to the March list as it had already been posted. Epoch 2 continues the adventure of Epoch,(the last remaining Robot sworn to protect Princess Amelia) where you must battle out against legions of other robots hell bent on bringing you down. The saga in Epoch 2 takes you on a journey to attempt to bring back humanity from the brink, and discover how earth fell to the robots along the way. Just like in Epoch, Epoch 2 has tons of weapons and armor upgrades that you can equip to best your opponents in battle. The game will set you back $4.99. You can grab Epoch 2 from the Play Store now and work towards saving the world.

The remake of the one the classic adventure ridden dungeon crawler games from the 90?s is back and better than ever, and finally on Android. Baldur’s Gate Enhanced edition has been a long time coming to the mobile platform, and not only comes with the original 60+ hour long epic campaign, plus a couple expansions for free. You can also purchase four more expansions for the game as downloadable content, which should pretty much give you all the gameplay time you’ll need. The game will set you back $9.99 for the original game campaign plus two expansions, and you can pick it up from the Play Store as of now and being your epic journey. 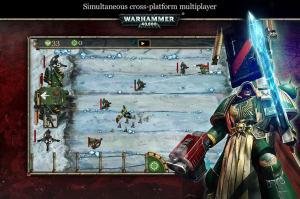 Warhammer 40K: Storm of Vengeance is a real time lane based strategy game that has 50 missions per faction and is set in the memorable Warhammer Universe. You’ll have powerful skills and abilities that are focused on each faction so play can be different each time depending on who you play as. you can play campaign style or even play in the cross platform multiplayer against friends or randoms on iOS or Android. There are in depth skill trees to master, and tons of battles that ensue. The game will set you back $4.99 and you can grab it from the Play Store whenever you’re ready to do battle. 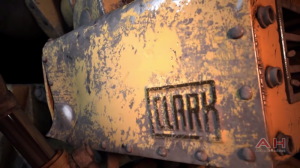 CLARC was the game of the week recently, and with good reason. This action filled puzzle game has many things that make it worth a look, like awesome cell shaded style graphics, tons and tons of puzzles for you to solve, and of course drunk robots. no game would be complete without the drunk robots right? The game also has a funny aspect to the story, I found myself laughing quite a bit while playing. There’s 100 puzzles to solve across 25 levels, which should equate to about 12 hours of gameplay say the devs. The game is definitely awesome and even has gamepad support for my new favorite controller-The Phonejoy Game Controller-and should provide you hours of enjoyment. It will set you back $4.99 to buy, and you can grab it from the Play Store anytime.

10. The Walking Dead: Season One 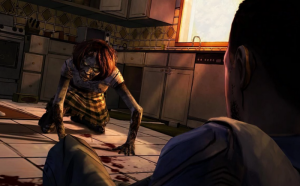 Telltale Games long awaited Android adaption of The Walking Dead: Season One dropped earlier this month and boy was it worth the wait. This episodic series of games promises hours of enjoyment based off of the popular AMC hit series. While many may have already played the game on other platforms, if this is your first time experiencing the game it’s one to enjoy. The first episode is free of course, with all of the other episodes available as DLC through IAP inside the game. You can purchase the episodes separately, but if you buy them all as a bundle you save money. You can grab The Walking Dead: Season One from the Play Store anytime you’re ready to face the shambling horde. Recommended to wear headphones while you play for that extra little something.