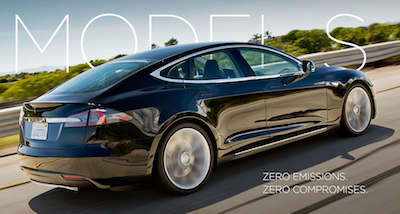 The 2012 Tesla Model S all-electric sedan isn’t due to roll off the production lines for another 8 months, but Tesla CEO Elon Musk wants the world to know that the Californian-based automaker is already putting plans in place to ensure that Model S owners won’t be running out of charge.

Earlier this year at the official launch of the 2012 Model S Sedan, Musk said that Tesla was planning on installing ultra-rapid charging stations along major arterial freeways such as the I-5 between Canada and Mexico, but declined to give specifics.