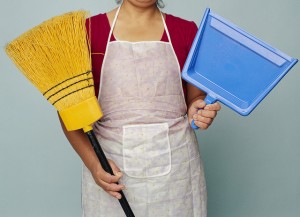 The Malaysian Association of Foreign Maid Agencies (Papa) has announced the new price of RM6,700 for hiring an Indonesian domestic worker, with immediate effect.

Apart from this, there will be an additional RM1,800 as loan to the domestic worker for her share of foreign placement fee in Indonesia.

Papa president Jeffrey Foo said the actual cost incurred by the employer was only RM6,700.

“The cost is the result of lengthy negotiations with the association’s Indonesian counterpart, Asosiasi Perusahaan Jasa Tenaga Kerja Indonesia (Apjati), in the past few months,” he told a news conference here Friday.

Foo said under the previous memorandum of understanding between Indonesia and Malaysia, the one-off agency fee for the hiring of an Indonesian domestic maid was fixed at RM4,511, of which RM2,711 had to be paid by the employer and the remaining RM1,800 by the maid.