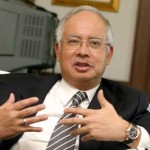 The Home Minister will free 125 detainees and cancel 200 warrants of those arrested under the Restricted Residence Act immediately.

It is the latest step in Prime Minister Najib Razak’s move to abolish decades-old security laws that human rights and opposition groups have criticized as draconian.

Parliament is expected to approve a bill to revoke the Restricted Residence Act as a first step. The act enables authorities to banish suspects to remote districts.

Mr. Najib said Wednesday that the government was granting immediate freedom to all 125 people currently confined under the act.

Home Minister Hishammuddin Hussein declined to provide their identities. The law has been used in the past against alleged members of criminal gangs, militant groups and illegal sports gambling networks.