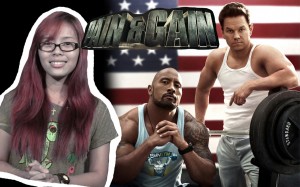 Pain & Gain is based on a 1999 series of Miami New Times articles by investigative journalist Pete Collins about a couple of Florida steroid-abusing knucklehead bodybuilders who become criminals involved in an extortion ring and a kidnapping plot that goes horribly wrong. Two members of the “Sun Gym Gang,” Daniel Lugo and Adrian Doorbal received death sentences in Florida and sit on Florida’s death row and this film will be acted by Mark Wahlberg, Dwayne Johnson (both playing the roles of incompetently murderous bodybuilders) and Ed Harris have starring roles in the film. Harris plays private detective Ed Du Bois who cracks the case after the Miami Police Department fails to do so.