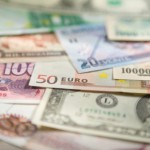 PUCHONG: Police believe the RM400,000 heist at a moneychanger’s outlet at a shopping complex here could be an “inside job”.

Serdang district police chief Supt Abd Razak Elias said police believed the robbery, which took place at the IOI Mall on Thursday, could have been planned with the help from those working in the outlet.

“We have detained two suspects, a 40-year-old security guard and a 27-year-old worker employed at the outlet, to facilitate investigations,” said Abd Razak after officiating at a “Heart-to-heart” programme between Serdang police headquarters personnel and the public at a shopping complex here yesterday.

He said initial investigations revealed the duo raised suspicion whent they went missing from their posts and were having coffee at a nearby restaurant.

Both have been remanded until today to facilitate the investigations.

Police are also closing down on the two robbers.

“We are analysing the CCTV recording from the shopping complex and we have a lead,” said Abd Razak.

On Thursday, two robbers, one armed with a parang, smashed open the door of the moneychanger’s outlet at about 10.15am before escaping with RM400,000 in various currencies.

The robbers, wearing red shirts and baseball caps, also tied up and blindfolded two of its workers with masking tape before bundling them into a vault.