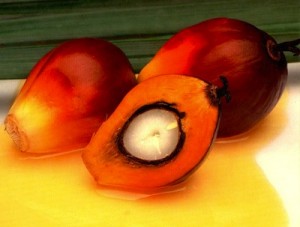 Gains were still muted on a sell-off in Asian financial markets, driven by worries of instability in the unpredictable state of North Korea and its nuclear programme after the death of leader Kim Jong-il, announced on Monday.

“There is some spillover from equities markets’ downtrend into palm oil.

Eventually, the market will also have to turn back to its own fundamentals of slowing exports and production,” said a trader with a foreign commodities brokerage.
Benchmark March palm oil futures on the Bursa Malaysia Derivatives Exchange settled up 1.2 percent at 3,020 ringgit ($950).

Traded volumes stood at 16,811 lots of 25 tonnes each, compared with the usual 12,500 lots on investor caution over the possible tensions in the Korean peninsula and Europe downgrade fears.
Malaysia’s weather office raised its weather warning to orange, saying heavy rains would continue until Thursday in parts of the key oil palm growing state of Johor that accounts for almost a fifth of national output.

Seasonally weaker yields and monsoon rains in No 2 producer Malaysia have brought production in the first fifteen days in December lower by 14.5 percent, traders and planters said.