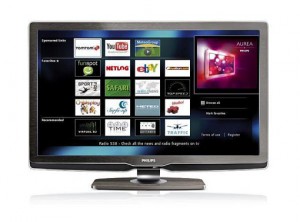 As reported on October 20th, Newcomer Nilamas Corp Sdn Bhd has secured all the requisite licences from the Government to offer digital cable TV in the country and it is targeting the launch of its offering in the second quarter of 2012.

And yesterday the company rebranded itself and now will be known as Asian Broadcasting Network (M) Sdn Bhd.

At the point of launch, ABN expects to offer over 100 channels comprising a variety of content including free-to-air channels and video-on-demand.

Its chief executive officer/director Sreedhar Subramaniam added that ABN was eyeing the huge under-served market. There are over 6.6 million TV households in the country and about three million are currently served by rival Astro.

Sreedhar said the Communications and Multimedia Act also had a specific clause to prohibit anti-competitive behaviour so ABN was not unduly worried about provision of highly popular content in the country.

“ABN is of the view that a modern and advanced digital cable TV offers huge advantages to the consumer. Apart from the fact that digital cable technology will enable ABN to broadcast many more channels, greater content and much better quality, it would, most importantly, avoid transmission signals from being disrupted by buildings, and of course, unexpected weather conditions such as rain and thunderstorm,” he said.

The services would be rolled out from its initial broadcast centre at Puchong Gateway and the planned permanent mega digital broadcast facility, to be called The ABN Mediapolis.