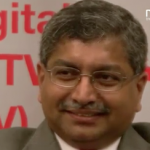 Since 2011 there was a buzz in Malaysia about a brand new pay TV player in the market, we published stories like Nilamas to Offer Digital Cable TV in 2012 and Nilamas is Now Asian Broadcasting Network – 500-channel digital cable TV in 2012, and so if was with great pleasure that we got to interview the man driving this new venture – Mr.Sreedhar Subramaniam, the CEO of ABNxcess.

In this brief interview, Sreedhar shares with us a little about how he joined ABNxcess and what his plans are for the company and why he thinks the pie is big enough for another pay TV network to emerge and cater to the needs of Malaysian.

Watch the video below:

**Mr.Sreedhar also talk about content developers and how they can play a role together with ABNxcess, we will release that video soon, but exclusively ONLY on our facebook page.