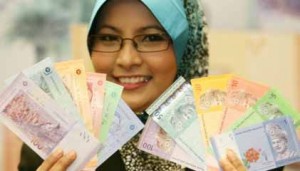 The Ringgit will be sporting a new and exciting look, with the RM20 note making a comeback.

The new banknotes, except for the RM50 note which has been in circulation since 2007, will be in the market beginning mid next year.

The fourth series of the RM50 note was issued in commemoration with Malaysia’s 50th Merdeka Day celebration.

On the observe side, all the banknote denomination in the new series retain the potrait of the first Yang di-Pertuan Agong Tuanku Abdul Rahman ibni Tuanku Muhammad, the bunga raya and patterns of the traditional woven fabric – the songket.

The reverse side of each note features different elements of nature, tradition, culture, flora, fauna and the economy that are distinctively Malaysian.