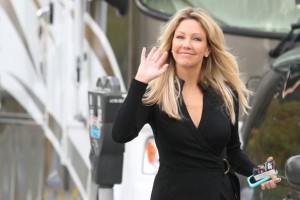 According to TMZ Heather Locklear was taken to the hospital by ambulance Thursday afternoon after taking a dangerous mix of prescription drugs and alcohol.

The fire department, along with the Ventura County Sheriff’s Department responded. Paramedics examined Heather and determined she needed to be hospitalized.

This is not the first time Locklear has had a medical emergency where 911 responded. In 2008, her doctor was concerned she may have overdosed on prescription meds. He called 911 and the operator described the situation as a “suicide attempt.” It turned out to be a false alarm.

Locklear recently called off her engagement to Jack Wagner.