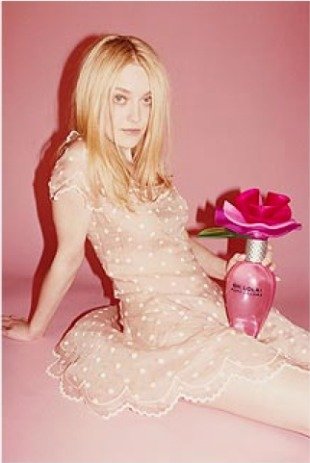 Dakota Fanning is one of the few child-turned-teen actresses who has managed to steer clear of tabloid headlines, but the 17-year-old’s half-scandalous Marc Jacobs ads were just banned from British shores.

Although they’ve been running in print since this June, the U.K.’s self-regulatory Advertising Standards Authority just deemed her photo “sexually provocative” as well as “irresponsible,” concluding the ads were “likely to cause serious offense” since Fanning is still a minor, reports The Guardian.

American eyes accustomed to a steady stream of underage stars dancing on poles and prancing around in schoolgirl outfits might find the ads–which show Fanning in a flesh-colored polka dot dress holding a flower-topped perfume between her legs–comparatively tame. But the ASA makes an interesting argument that U.S. censors might want to take note of.