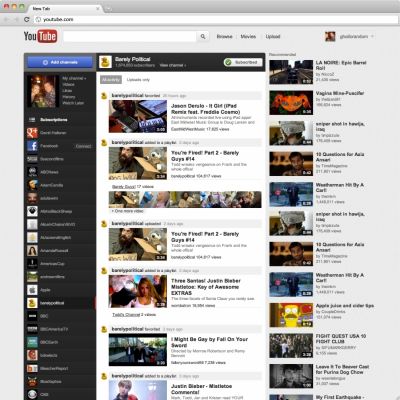 Youtube has been fairly unchanged in appearance these couple of years but that all changes today as it goes through a major redesign.

The Company itself calls it the biggest redesign in its history, including sweeping changes to its homepage and channel pages. The goal is better personalized video discovery and viewing, with a notable emphasis on social features. Think of the changes as the latest example of Google’s campaign to create a unified social layer for all of its products. 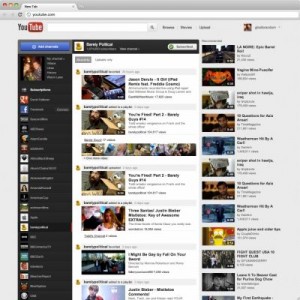 The new look, which rolled out to the site’s 800??million monthly users beginning midafternoon, emphasizes “channels” of content over the single videos that formerly dominated the home page. Users can pick their favorite channels and save them to the left side of the screen, where they can be more easily browsed.

The new look also encourages users to stay within a channel for a longer period rather than watch one or two videos and leave.

“We’re trying very hard to marry the best of TV and the best of online,” Shishir Mehrotra, vice president of product development, said at an event at the Google company’s San Bruno, Calif., headquarters.

The move comes a month after YouTube unveiled 100 new partnerships with content providers including Madonna and Shaquille O’Neal. The company spent a reported $100 million to lure new talent to the channel, money that it will recoup through advertising on the channels.