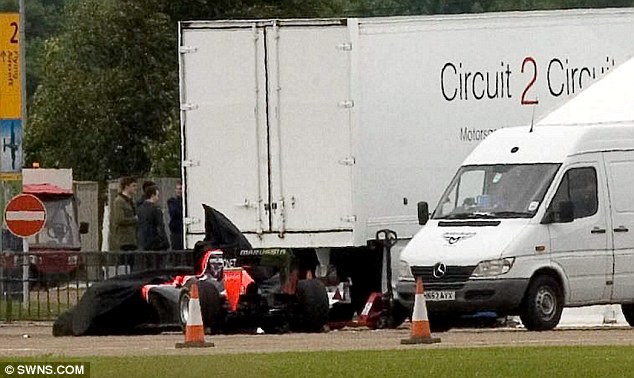 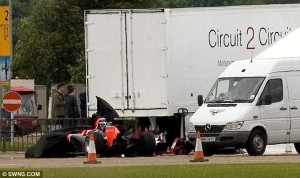 A female test driver for Formula One has sustained ‘life-threatening’ injuries after an accident in Cambridgeshire this morning ahead of this weekend’s British Grand Prix.

Maria De Villota, 32, was taking part in her first test for the Formula One team at Duxford Airfield when she ‘inexplicably accelerated’ to about 40mph into a support truck after completing her opening lap.
According to eyewitnesses, the accident occurred after the Spaniard pulled up in front of her mechanics after completing her first lap of the day, during which she reached speeds of about 200mph.

As the mechanics approached to wheel the car back for service, it accelerated forwards and crashed into the stationary vehicle parked nearby.

“Maria has been transferred to hospital. Once her medical condition has been assessed a further statement will be issued,” the team added.

East of England ambulance service spokesman Gary Sanderson said in a separate statement that the driver had “sustained life-threatening injuries” and was at Addenbrookes Hospital in Cambridge.

BBC Cambridgeshire presenter Chris Mann, who was at the Imperial War Museum-owned airfield for the straight-line test, said the car “inexplicably accelerated” into the back of the team’s parked support truck.

“The driver’s helmet was impacted on the side of the truck,” he reported. “It just happened suddenly, a very shocking incident.

“The car slowed down as you see happens during a grand prix, for it to then be reversed into the pits which was actually a tent. But at the last second it just suddenly accelerated again so by the time it hit the truck, it was doing 30 or 40 miles an hour.”

Mann said De Villota, 32, was trapped in the car for a considerable time with emergency services attending her immediately.

VLC video player 2.0 out this week