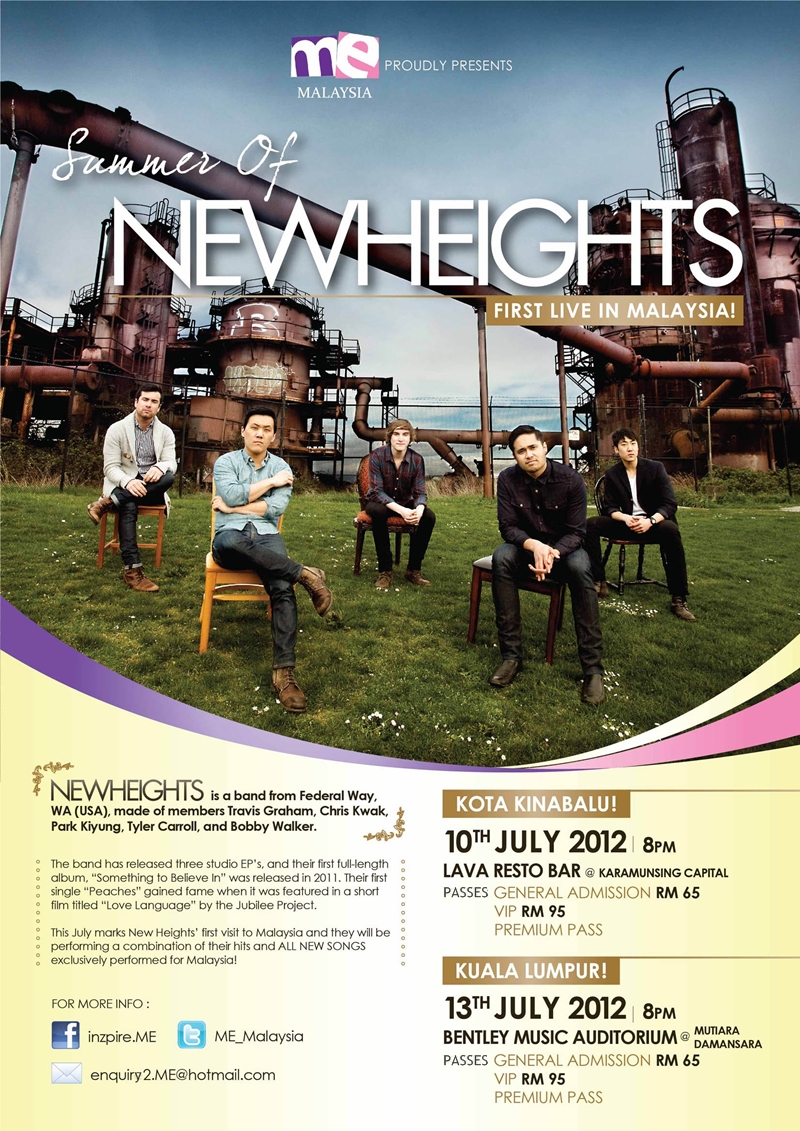 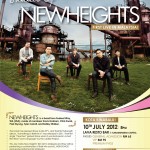 We’re pleased to announce that Korean popstar, Brian Joo will be joining New Heights as the guest artist for the band’s performance, ‘Summer of New Heights’ First Live in Kuala Lumpur this coming July at Bentley Music Auditorium,Mutiara Damansara.

Brian Joo and New Heights met last summer while the former embarked on ‘Unveiled’ tour in the United States. They then collaborated for a track called “Nightmare” which was released via New Heights’ album, Something to Believe In. ‘Summer of New Heights’ First Live in Kuala Lumpur will be the first time ever for the close friends to perform together on the same stage.

Due to popular demand, there will be an additional second show on July 15th 2012 (Sunday).
About New Heights
New Heights is a band from Federal Way, WA (USA). The band, made of Asian-American members Travis Graham (lead vocal),Chris Kwak (guitarist), Park Kiyung (guitarist) and bassist Tyler Carroll, and drummer Bobby Walker has released three studio EP’s and a full-length album, “Something to Believe In” to their credit. Their first single “Peaches” gained fame when it was featured in a short film titled “Love Language” by the Jubilee Project.
For more updated information, please log on to https://www.facebook.com/Inzpire.ME or twitter ME_Malaysia

Metallica LIVE in Malaysia August 21st 2013
Scroll back to top