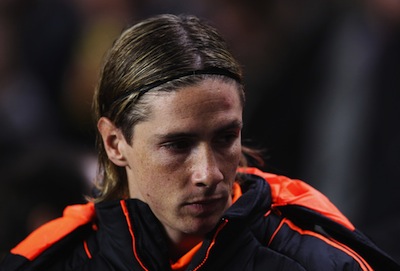 Fernando Torres will have one last big chance to salvage his Chelsea career next month.

Didier Drogba and Salomon Kalou will be away with Ivory Coast at the African Nations Cup for at least four weeks.

It means the £50million signing, who has flopped since quitting Liverpool last January, can expect an extended run in the Chelsea first team and a chance to impress boss Andre Villas-Boas.

Torres has got just three league goals in 11 months for Chelsea.

He has lost his starting place despite the British record price-tag around his neck — and he is also in danger of missing out on Euro 2012.