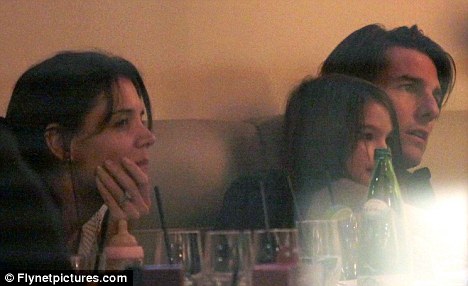 “Mission Impossible” star – Tom Cruise and his wife Katie Holmes are divorcing after five years of marriage, according to a report from People magazine.

“”This is a personal and private matter for Katie and her family,” Holmes’s attorney Jonathan Wolfe told People. “Katie’s primary concern remains, as it always has been, her daughter’s best interest.”
Cruise, 49, and Holmes, 33, were married at an Italian castle in the fall of 2006 after a whirlwind romance that garnered major headlines for both stars.

The couple has a 6-year-old daughter, Suri Cruise.

This was Cruise’s third marriage. He was previously married to Nicole Kidman, with whom he has two children. It was the first marriage for Holmes.