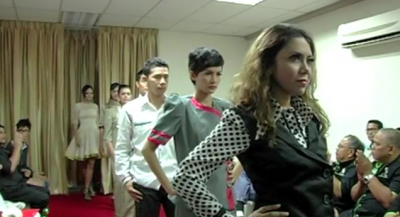 Juggling with studies and work, this mass communication student from Limkokwing University stated that it has never stopped her from doing what she loves to do. She also said that she will conduct workshops on photography, videography, script-wrtiting, modelling, etc.

Those who are looking for photographers, videographers, and even want to try out as a model/actress, you know where to go now 😉