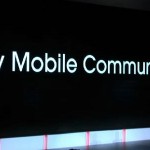 Sony said Thursday it had completed its purchase of the Sony Ericsson mobile phone joint venture and turned the company into a subsidiary, which it will soon rename Sony Mobile Communications.

The company announced in October that it would would pay Ericsson $1.29 billion (EUR 1.05 billion) for its 50 percent stake in the venture.

The joint venture, which began operations in 2001, helped turn around Sony’s struggling mobile business and gave its phones a strong international presence, a rarity for a Japanese handset maker. Sony was able to leverage well-known brands in other product categories, such as Walkman and Cybershot, in its phones.

With the sudden rise of smartphones, Sony said it wants to better integrate the Xperia handsets with its other product lines, as rivals like Apple and Samsung do now. The company is heavily pushing its online media platform, which it hopes will provide a consistent experience across phones, TVs, tablets and PCs.

The integration occurs at a tough time financially for both Sony and its new subsidiary.

The company will now be named Sony Mobile Communications and owned wholly by the Japanese entertainment giant.