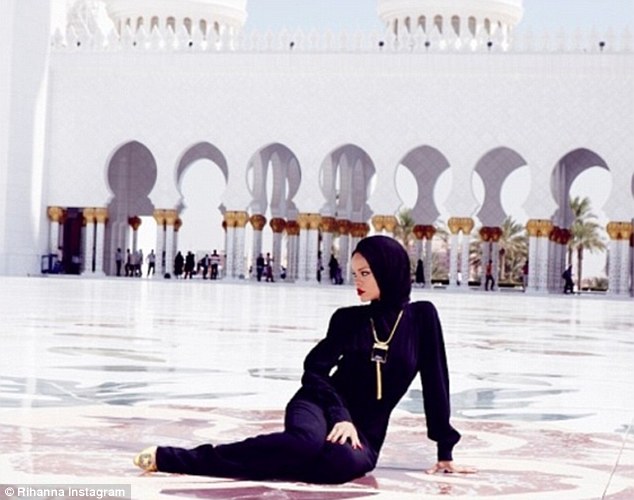 Rihanna just like any pop stars these days is known for her risqué outfits but the singer changed her tone recently on her trip (and concert) in the Middle East.

The 25-year-old was seen dressed from head-to-toe in a hooded black jumpsuit as she posed outside a mosque in Abu Dhabi in the United Arab Emirates on Saturday.

The singer paid heed to the dress requirements in the Middle Eastern city, where local women tend to cover up their bodies – often everything except their eyes and hands – for religious reasons.

Tourists tend to be looked at askance if they wear revealing clothing, and many of the malls bear signs at the entrance asking visitors to cover their knees and shoulders.

Despite her conservative attire, Rihanna made sure to turn her outing into a fashion shoot as she posed dramatically outside the Sheikh Zayed Grand Mosque. 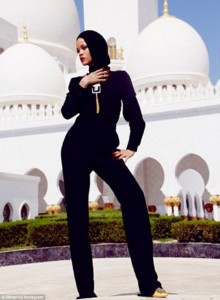 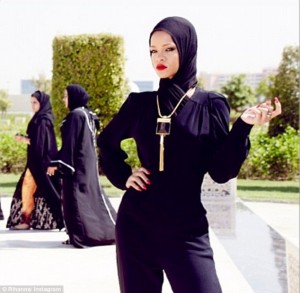 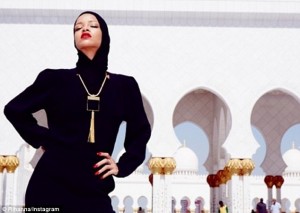 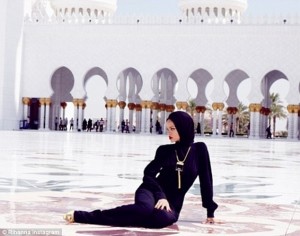 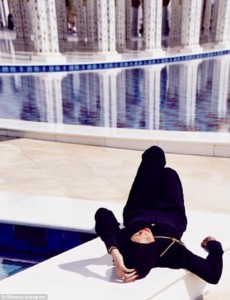