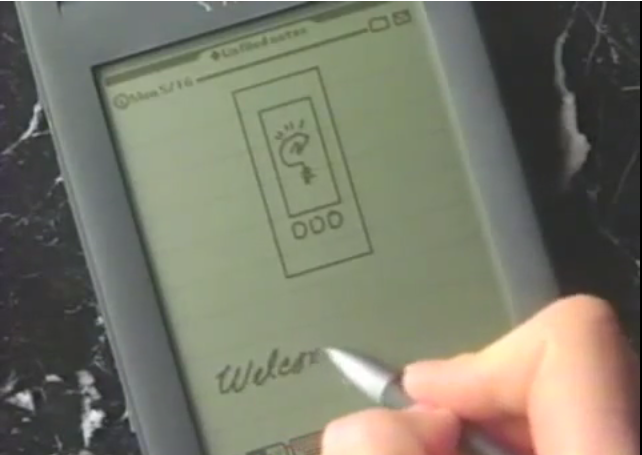 Or maybe it’s your grandad’s iPad, released in 1987 the Apple Newton platform was an early personal digital assistant and the first tablet platform developed by Apple, the second platform being iOS, used in the iPhone, iPod Touch and iPad.

The Newton platform officially ended on February 27, 1998. Some electronic engineering and the manufacture of Apple’s Newton devices was done by Motorola. Most Newton devices were based on the ARM 610 RISC processor and all featured handwriting recognition software.

Watch the Apple Newton Commercial – “Intelligence by Newton” below and enjoy such words as “beam”,”fax”, etc.