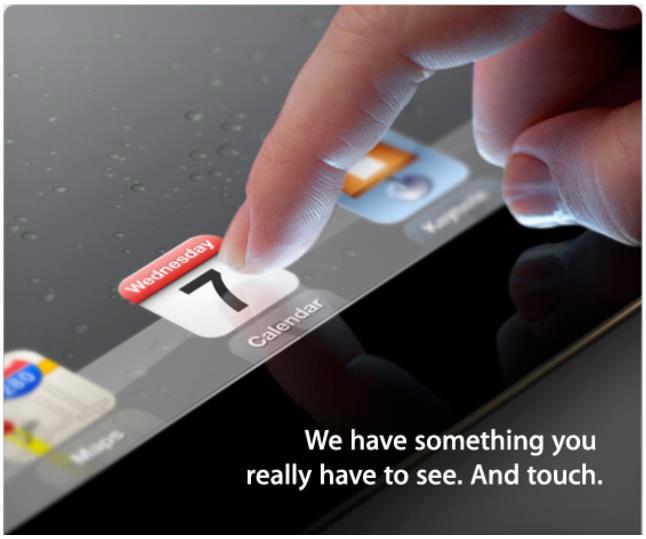 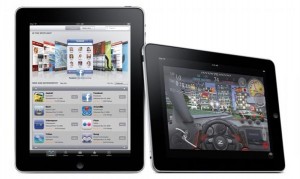 Around this time of last year, Apple has launched iPad 2 and  then only the product launched in Malaysia on 29th April 2011.Then, a year later, Apple’s finally adding a new member to the family , iPad 3.

As mentioned in Dailymail, Apple’s iPad 3 WILL launch on 7th of March at special event in San Francisco, USA.

The look of the iPad 3 hasn’t been display yet but an sneak-peak photo with the caption on the right bottom says, ‘We have something you really have to see. And touch’.

Like any other new products, iPad models are expected to offer a much higher resolution : Full HD screen,  thinner, sleeker design,  and will be down nearly 20% in size compared to its predecessor, the iPad 2.

Furthermore, the weight of the battery would be lighter than iPad 1 or iPad 2, however it would cost 20-30% more than the current battery.

Last but not least,  the iPad 3 will be coming out with the latest iOS 5, which will be hosting the multi-touch gesture technology. However, several tech enthusiasts and analysts predict that Apple would introduce OS X Lion for the tablet, primarily because it will be powered by a quad-core processor. The iPad 3 O.S will also include multitasking features, such as task finishing, notifications, location, app-switching and background sound.

Watch the video of design concept of iPad3.    Not official, but do you think  it will look like this?