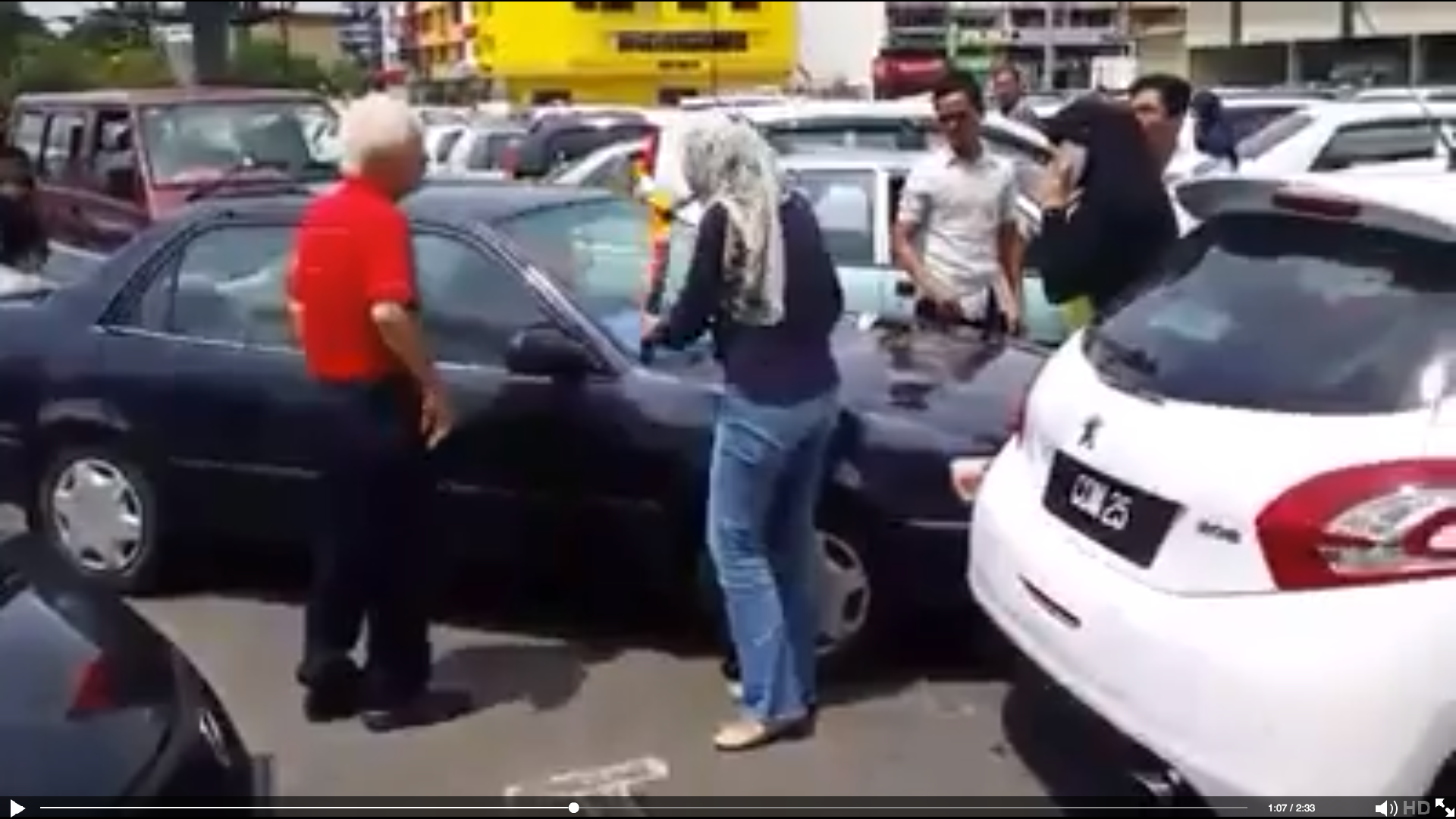 Police will take action against the enraged woman who allegedly spewed verbal abuse and repeatedly hammered an elderly man’s vehicle with a steering lock after the latter accidentally hit her brand new Peugeot.

The incident, which occurred in Kuantan, was recorded and shared on YouTube by a motorist who was passing by.

“That’s not the way to handle things as you shouldn’t take the law into your own hands.

“It doesn’t matter whether the man has lodged a report with us over the incident or not.

“The main thing is, we saw the video and the actions of the woman show nothing but the behaviour of a road bully.

“Therefore, we will be lodging a report against her and action will be taken against her,” he said.

In the video, the screaming assailant called the man “very stupid”, hurled racist remarks and demanded that he pay RM2,000 in compensation.

Despite being treated rudely, the elderly man remained calm and offered to pay for the damage.

He was also heard saying that the woman had taken his keys and had refused to return them.