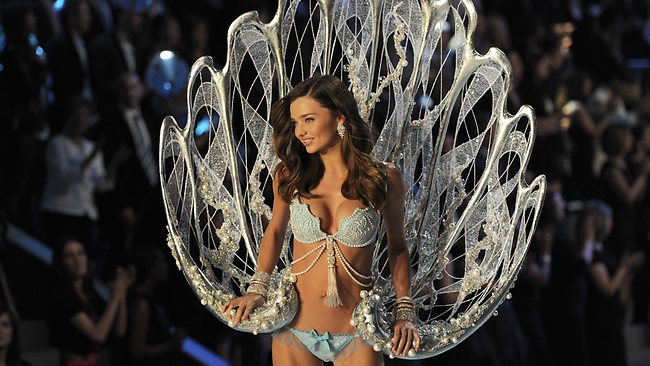 MIRANDA Kerr made a dazzling return to the Victoria’s Secret Fashion Show in New York today.

The 28-year-old Australian beauty missed last year’s show as she was heavily pregnant at the time.

After giving birth to her son Flynn in January and making a miraculous return to her former body shape within three months, Kerr was given the top honour of wearing the US lingerie label’s $2.5 million diamond-encrusted Fantasy Treasure Bra for the show.

“It’s such an honour to wear the bra,” Kerr told People magazine. “And it’s such a piece of artwork. It’s absolutely stunning. It kind of feels a little mermaid-like, but I can’t believe I’m wearing $2.5 million on my chest.”