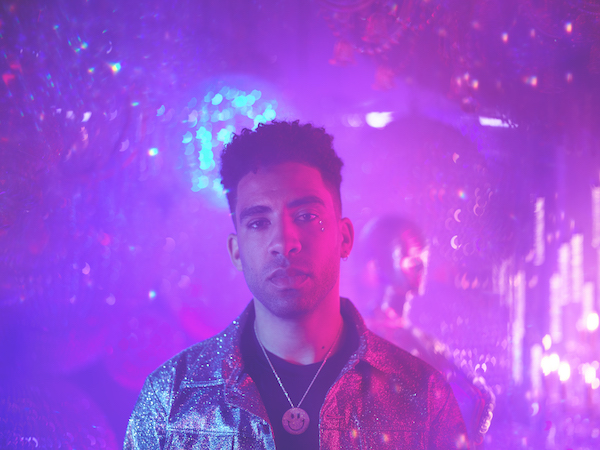 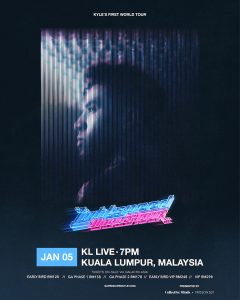 If you’re a fan of hip-hop, you won’t want to miss KYLE when he swoops into Kuala Lumpur, Malaysia on January 5th 2019 for the first time ever as part of his Lightspeed World Tour.

Kyle Harvey who is better known as KYLE or SUPERDUPERKYLE is a 25- year old American rapper, singer/songwriter and actor. Born and raised in California, KYLE spent the better part of his teenage years honing his craft and developing a unique style of rap which many have termed as “happy rap”. 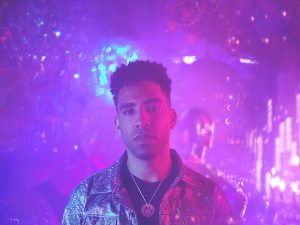 Heavily influenced by the ‘80’s brand of hip-hop and the era’s video game music, KYLE became one of music’s hottest breakout stars in 2017 when he released the chart-topping hit “iSpy” (feat. Lil Yachty)” which reached #1 on the Billboard Hot Rap Songs, #4 on the Billboard Hot 100 and is now 4x RIAA-Certified platinum,. The runaway single also spent several weeks in the top 20 iTunes’ Hip-Hop/R&B Songs chart and became one of the most streamed songs in 2017 with over 496 million streams to date. The companion music video for “iSpy,” directed by Colin Tilley was nominated at the 2017 MTV Video Music Awards (Best Visual Effects) and has reached 260 million views on YouTube. Suffice to say, the success of “iSpy” catapulted KYLE into the spotlight, earning him a spot on XXL’s 2017 Freshman Class illustrious annual cover.

Following up on this newfound recognition and two well-received independently released mixtapes; Beautiful Loser (2013) and Smyle (2015) – the Ventura- based MC dropped his major-label debut album, Light of Mine earlier this year. The album, which features collaborations with music darlings Alessia Cara, Kehlani, Khalid and 2 Chainz received rave reviews from critics, with Pitchfork calling it “an exceedingly joyous and self-aware slice of pop rap”. With that endorsement and millions of streams online, KYLE is clearly cementing his place in the happy-rap ranks.

Riding on the momentum of his musical success, KYLE recently stepped into the world of acting when he was cast as the lead role in Netflix’s comedy film The After Party. In the movie KYLE plays Owen, a timid 18-year old with rap star ambitions – a character he once resembled in his high school days.
These days KYLE is far from timid and is now a bonafide rap star who’s known for delivering high-energy performances on any stage whether it’s the MTV VMA Awards, Jimmy Kimmel Live or a club full of his die-hard fans. With numerous sold-out nationwide U.S tours already under his belt, KYLE who is currently the North American leg of his Lightspeed World Tour will be making his Malaysian debut come January 5 2019!

Tickets for ‘KYLE Live in Kuala Lumpur 2019’ is on-sale now via Galactix Asia. Doors will open at 7PM. Support Act to be announced soon.
Tickets are priced at RM128 for Early Bird, RM158 for GA Phase 1, RM178 for GA Phase 2, RM248 for Early Bird VIP and RM298 for VIP.
Ticket link: http://www.galactix.asia/kyle-firsttour Follow SUPERDUPERKYLE on: