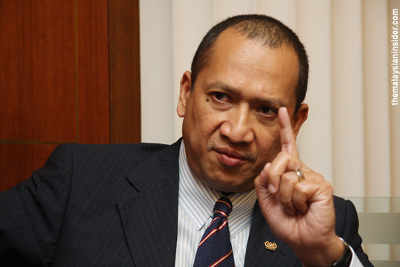 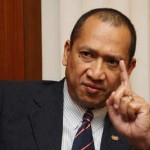 Tourism and Culture Minister Datuk Seri Mohamed Nazri Aziz said the Malacca state government should reconsider the closure of Jonker Walk as the move will affect tourism industry in the state.

If traffic is a concern, the state government can perhaps provide parking spaces that do not congest Jonker Street or provide buses to avoid double parking by cars that cause jams along the road, Nazri said today.

Jonker Walk had been in operation for the past 13 years, providing locals and tourists the weekend attraction of strolling along the street that comes alive over weekends as traders sell antiques,textile, handicraft and art pieces at affordable prices.

“I spoke to the CM today, and he told me that it will be closed for four weeks as a trial to see if closing down the market alleviates traffic problems there.”

Nazri added that he hoped the CM “would think” about the closure of the night market again at the conclusion of four weeks.

“Malacca is not the only place for tourism (in Malaysia), so I hope the CM would think about this properly,” he said.

“I appealed to him, saying that Jonker Street has been around for 13 years; and I said Malaccans should have known better after 13 years to adapt to this (the road’s closure for the night market).”

“After 13 years, I’m sure you can adapt to this by having a system,” Nazri added.

“Don’t do things that can hurt tourism. If there’s no tourism, then there’s nothing in Malacca,” he stressed.