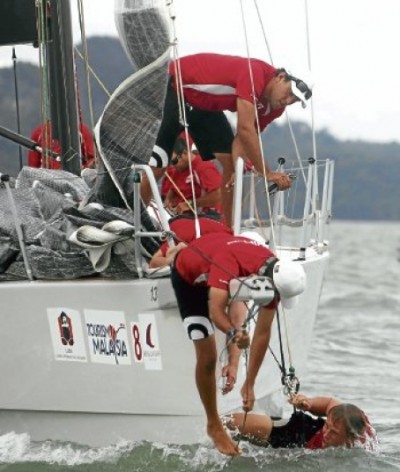 After battling in Langkawi International Regatta’s Prime Minister Trophy, the Hooligan’s team made its achievement during round-the-island race ahead of its closest rival-Neil Pryde’s HiFi team by minus 8 seconds.

Rick Pointon’s Jing Jing continued with its winning ways in the IRC1 class, finishing ahead of Malaysian Vincent Chan’s Mata Hari in a close race which and Aussie Ben Copley’s Katsu coming in third.

The Singaporean Management University,Christopher Lim Zijie as the skipper completed the race ahead of its closest rival ATM in the Sportsboats class.