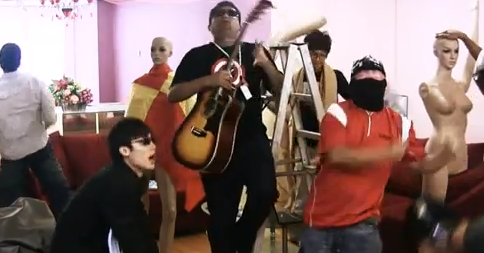 What is Harlem Shake?


The Harlem Shake is an Internet meme that went viral on YouTube in February 2013. The meme is in the form of a video that began being replicated according to a similar concept by many people.

The art form of the meme was established in a video uploaded on February 2 by The Sunny Coast Skate,five teenagers from Queensland, Australia. The teenagers’ video, in its turn, was a follow-up to a video by a YouTube comedy vlogger named Filthy Frank featuring a part where several costumed persons danced to the song “Harlem Shake” by Baauer.

And so we at Malaysiasaya decided to join in the fun: