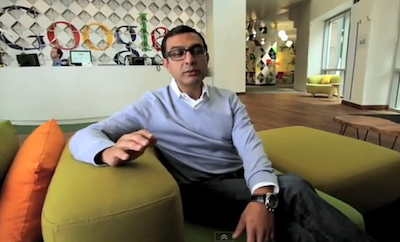 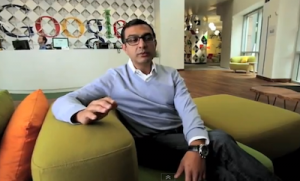 Vic Gundotra (Senior Vice-President of Social Business for Google) starred in a 2011 advertisement for the Mercedes-Benz S-Class, due in part to a near-crash when Gundotra took his eyes off the road for a few seconds.

The Mercedes-Benz technology, which scans the road in front of it for impending accidents, perceived the car in front of him had stopped, which he [Gundotra] was fast approaching. Gundotra’s car then stopped itself.

Gundotra wrote Mercedes a letter expressing his thanks for this technology in their cars. Mercedes jumped at the opportunity to have Gundotra star in an advertisement promoting the technology.