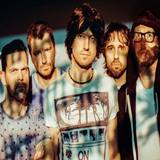 Hot on the heels of their sixth top 10 album (the recently released #5 album ‘Embrace’) and sell-out UK tour, Yorkshire 5-piece Embrace have announced plans to stage their own Secret Festival this summer.Embrace have a long history of staging secret gigs in unusual locations, from forest to caves, beaches to blacked-out basements, stately homes, the Big Brother house and even a luxury yacht in the Mediterranean.Over the years the band’s fans have been made to jump through extraordinary hoops to get to these secret events, and once there they’ve been chased by zombies, caught up in mass paint fights and abandoned alone in dark forests to mention just a few of their experiences.