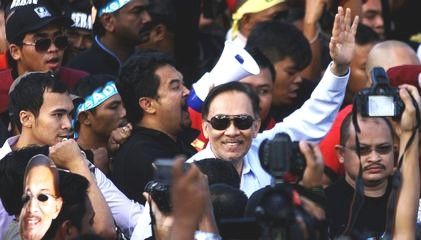 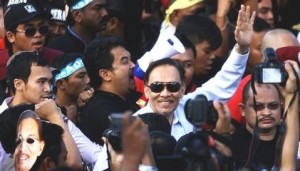 Judge Mohd Zabidin Mohd Diah – “After going through the evidence, the court could not be 100% certain that integrity of DNA samples was not compromised, and finds that it is not safe to rely on DNA evidence. 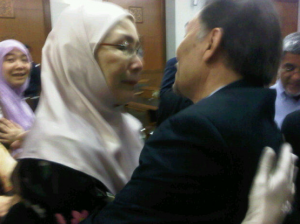 High Court acquits and discharges Anwar of sodomy charge. He hugs his family, Wan Azizah is in tears. Lawyers shake hands. Crowd outside breaks into cheers and chants as the court decision is known.
Full Story >>