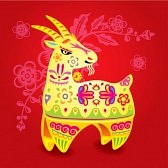 19th February, 2015 marks the starting of Chinese New Year and it will be the year of Wooden Sheep! Looking back to the fierce year of 2014, we can’t help but wonder, will this new year of 2015 be a better year or the chaos will continue? Fear not, as the nature of goats is calm and quiet, many astrologers predict the Year of the Wooden Sheep to have more favorable times.

According to the Paht Chee chart, all the five worldly element, Wood, Water, Earth, Fire and Metal has appeared in the chart this year and the energy in the world is well-balanced by the healthy mixture of two Yin and two Yang pillars. So, let see what the year of 2015 has stores for us!

Personal relationship should be getting better and even the severe weather pattern should subdued and creating a positive energy around the world. Wood Sheep year’s are considered fertile years, this fertility energy increases many aspects of people’s lives. The family will grow in size and people will settle into relationship and buy homes or renovating homes to make them more comfortable. However, the feng shui chart for the year 2015 shows the hostility star threatening to dominate, this results in high chances of couples feeling misunderstandings and mistrust.

Be cautions of the number 3. According to the feng shui chart for the year 2015, the most disturbing phase is the aggressive number 3 star as it will bring possible clashes and anger. Being calm and prudent behavior is important in order to stay away from negative outcome. 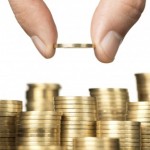 In 2015, people will be intensely interested in increasing the money in their bank accounts and sustain their personal wealth. There will be increases well-being and changes for those in business or commerce as there will be solid opportunities for planning and laying out strategies. During this year, it is wise to stick with one job instead of jumping around. But beware, Rooster-born individuals may find challenges in the field of wealth.

On the other hand, the Water element of this year is not as strong as the other elements, but will add a modest amount of luck in education, intelligence and creativity.

A hidden star appears in the Paht Chee chart this year. It is the powerful Mentor Star, which can bring about favourable luck to those able to manifest its power. The Chinese have long believed in gui ren, a persuasive friend landing a supportive hand to you to the way of prosperity and success in difficult times.

There would be improvement with the arrival of second half of 2015, obstacles encountered during first half of the year will be removed and new opportunities would appear.