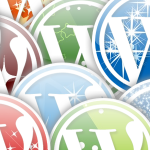 In addition to closing the security hole, the update fixes a number of bugs found in the previous release including two high priority issues: one related to the tabindex that could cause users to lose an edit or reply, and the other is in the script loader. A full list of fixes can be found in the WordPress Trac.