“It feels great to win against a good player like Baghdatis in a comfortable environment like this.

“I think I deserved it. I managed to keep my head cool throughout the game.

I did not play too defensive or too aggresive,” he told the media after the match. 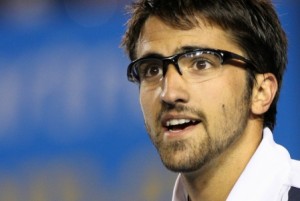