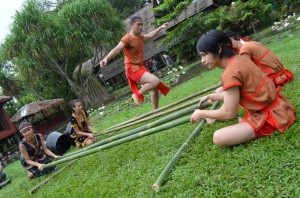 Sabah’s biggest and most diverse arts festival has successfully gained the attentions of many. From youths to the elderly, everybody got their eyes set on these young talented group of people who organized SplashKK from scratch and called themselves, The Green Leaf Theatre House, combining theatre, music, dance, and visual arts all under one venue in just a day. 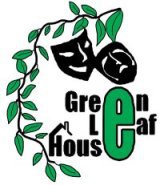 Green Leaf Theatre House is an NGO registered under the Registrar of Societies on April 10th 2010. It is an NGO that strives to provide people with a voice through theatre; the NGO mainly caters to highlight issues within the community using theatre as a medium. “It is an organisation comprising very colourful people of different races and backgrounds.” Says the President and Founder of Green Leaf Theatre House, Mohd Hazli Ali Zapar.

On December 22nd, 2012, SplashKK Arts Festival  became more than just the talk of the town. Held in Sabah Museum Heritage Village, the festival drew both locals and foreign visitors. Malaysia Saya recently had the privilege to have a chat with their President and Founder of Green Leaf Theatre House. 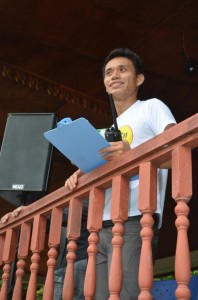 23 year-old Hazli was born and raised in Kota Kinabalu, Sabah. At this very young age, Hazli performed versatility as a businessman that owns his own local kindergarden and a home based tuition centre, a part time fitness instructor and of course the founder and President/Artistic Director of Green Leaf Theatre House.

In terms of the “SplashKK” Arts Festival 2012, Hazli initiated the whole movement because he truly wanted GLTH (Green Leaf Theatre House) to have a clearer and stronger direction to head for in terms of being a significant platform in helping the community.

“I believe in the power of education and that it brings change to one’s life. The whole purpose of the arts festival is to raise money, bringing theatre education to the youths of Sabah whilst starting a scholarship fund to help underprivileged youths with education.” Hazli came up with the skeleton plan of the entire festival; striving on making it informal with a combination of various elements of arts. Together with his team of friends in GLTH, the concept of the festival was built, thus bringing perspective to the whole festival.”
Hazli told us how the GLTH committee, with the help of their new enthusiastic members worked hard on making this event a huge success. “The passionate and humble talents of Sabah, as well as my friends and family were my inspiration for this event” said Hazli. “Looking at the very collaboration of these talents in one room gave me goosebumps; I feel so small as compared to most people who are gifted in the performing arts, yet I am inspired to somehow be part of this group and to promote them as much as I can.” 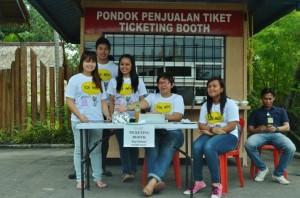 As a result, SplashKK Arts Festival was a huge success or as they put it, “IT WAS AWESOME!”. The event was a good start in reaching their targeted amount of funds. Their optimism is infectious, and the event put the organization out there, bringing together a whole bunch of talented people. “We have succeeded in enhancing appreciation for performing arts.” Said Hazli.

Green Leaf Theatre House plans to produce more plays and performances for the community and also bring theatre education to more parts, particularly in Sabah. They also plan to have a huge walkathon infused with elements of the performing arts. As for venturing out to the Peninsular; Hazli believes that those are plans for the near future. 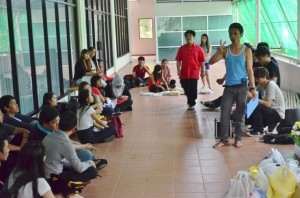 Theatre and performing arts play a huge role in our daily lives, especially for the youths today. The main focus of

performing is to express what they cannot say out loud. Green Leaf Theatre House is a platform for all who want their voices to be heard. “We want to give them a place to start, one where we can learn together. Hazli wraps up the interview by sharing a thought which keeps him going. “Every action taken leads to a result so choose your actions wisely and never take the people around you for granted. If you are interested in acting, performing, directing or even scriptwriting, take your first step and just go for it and learn from it. Don’t hesitate, just jump into it”.  Wise words from a fellow youth who realized his dreams with pure hard work and passion.

Start somewhere, it may lead to endless possibilities.