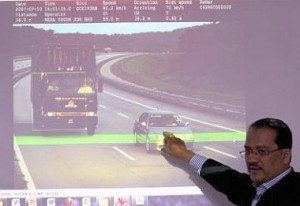 A whopping 2.72 million speeding tickets will have to be issued in each of the next five years for the two concession holders of the controversial Automatic Enforcement System (AES) cameras to just recoup their reported RM700 million investments.

And considering the authorities had only collected an average of about 25 per cent of all traffic summonses a year — which increased to 65 per cent only after a general discount was offered last year — the two companies will have to issue far more summonses to account for the poor collection.

Such calculations have led to apprehension on the part of a growing number of Barisan Nasional (BN) politicians who are concerned about the profit motive that is built into the concession agreements.

“The privatisation of the AES could be seen as attempting to make profits because some (cameras) are placed in inappropriate places,” Umno’s Seri Gading MP Datuk Mohamad Aziz told The Malaysian Insider.