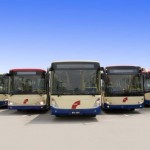 Good news to all people who used to travel with RapidKL buses. According to News Strait Times, Rapid KL will be introducing its fleet of 15 to 20 electric buses in the coming 2 years.This new type of buses can fit in more passengers. This can help to solve the crowded environment in the bus nowadays.

During the campaign a Ride For Green which launched by RapidKL, The Prasarana group director(bus) Zohori Sulaiman said that when compare the 10-year life cycle of both buses, the electric bus is slightly cheaper and helps eliminate a lot of these maintenance and invisible costs such as breakdowns. Plus it emits no gas at all.

He also said that the idea to use electric buses is come from the trip of RapidKL team at Shenzen in China, they found out the electric buses were well-received by the people there.

In response to the complaints on the behavior of bus drivers, RapidKL had set up a team of 60 enforcement officers to do spot check. They would ride the buses in plainclothes.

Green Lantern rank the 1st place in US Box Office