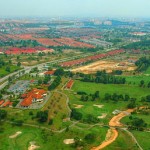 The Bandar Kinrara 5A (BK5A) road will be closed in stages for two days beginning Tuesday for the rehearsal and launch of the Royal Malaysian Police motorcycle patrolling unit at the nearby public ground.

“The closure would be from 8am until 12pm Tuesday for the rehearsal,” he said Monday.

“Vehicles from BK5/2B road to Kinrara 5 road must use the BK6 road onwards to the traffic light in front of the police headquarters,” he added. – Bernama