The web is all abuzz about Lana Del Rey, and instead of her good music and unique voice much of the attention is directed at how she used to look before he new gain fame. 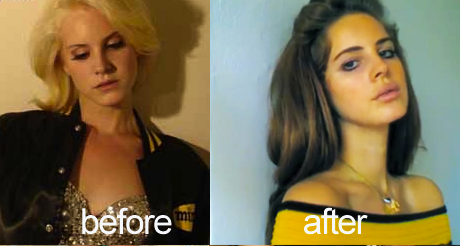 Lana Del Rey, Williamsburg’s answer to Brigette Bardot, used to be a boring pop singer named Lizzy Grant. Check out the before and after pictures. Lizzy sang the same kind of music and made the same type of videos—with vintage footage intercut with scenes of her singing—except no one paid attention to her.

So Lizzy got some managers, some new clothes, a new haircut, and some collagen in her lips and become Lana Del Rey, the Siren of the Lower East Side.

This of course also happened to Lady Gaga who was playing gigs in boring outfits as Stefani Germanotta before she became the couture-clad cockatoo she is today. 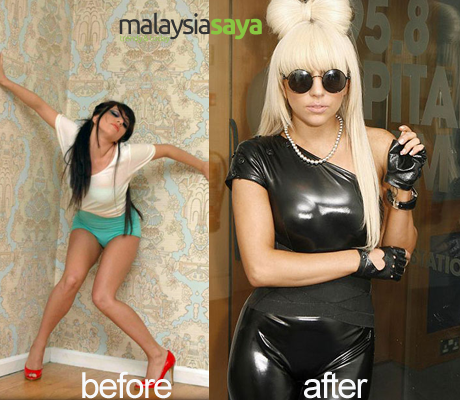 Lizzy Grant a.k.a before she became Lana Del Rey