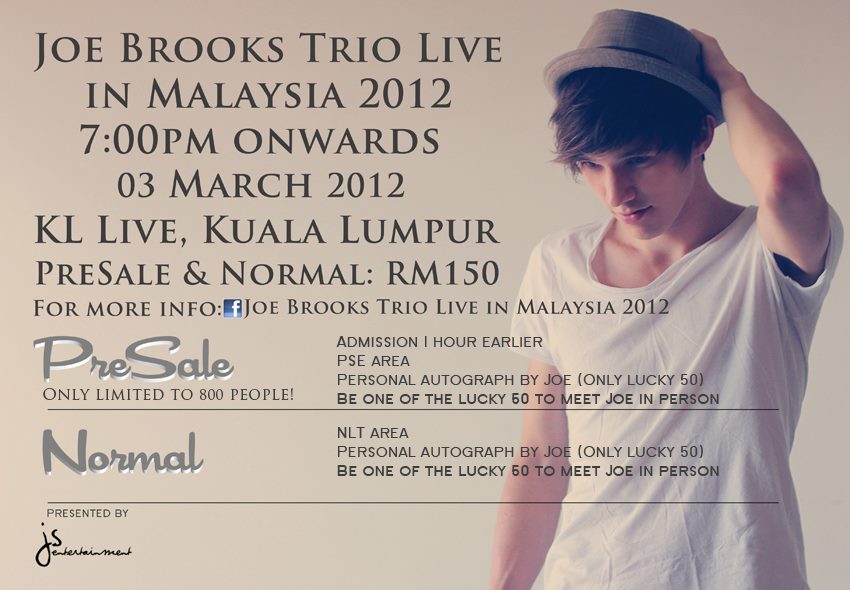 Solo artist Joe Brooks may claim to be ‘no superman’ in his hits single entitled ‘Superman’, but his voice is pure and insightful that captured million of hearts in which he is a ‘Superman’ to all.

The 24 year old British singer-songwriter Joe Brooks will be coming to Malaysia for the first time to show his love to all his Malaysia fans this 3rd of March 2012.

Check out the video for his single “Superman” below.