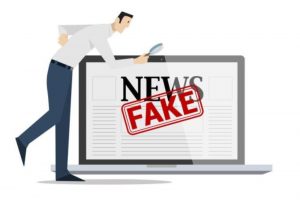 The government proposed new legislation Monday to outlaw fake news with a 10-year jail term for offenders, a move slammed by critics as a draconian bid to crack down on dissent ahead of a general election.

The anti-fake news bill, which must be approved by parliament, calls for penalizing those who create, offer, circulate, print or publish fake news or publications containing fake news with a 10-year jail term, a fine of up to RM 500,000 or both.

Analysts have warned that the lack of clarity on how the new law would be enforced could lead to abuses.

“The danger is that this new bill, without stronger legal definitions and clearer safeguards, is just another tool for the Malaysian authorities to drag any critical comments under the rubric of fake news,” said Champa Patel, head of Asia-Pacific at London think tank, Chatham House.