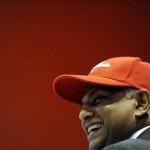 Malaysian Airline System (MAS) and rival AirAsia are planning a share swap that would give AirAsia’s parent a 20 percent stake in Malaysia’s national airline, a source with direct knowledge of the deal said on Monday.

Under the deal, Malaysia’s state investment arm, Khazanah Nasional, which currently owns close to 70 percent of MAS, would take a 10 percent stake in AirAsia, said the source who asked not to be identified because the deal has not been announced.

“This will help to improve synergies between the two,” the source said. “They have been competing unnecessarily in the past and they will now pool their resources together.”

AmResearch in Kuala Lumpur said in a note on Monday that the share swap could position MAS as a premium, long-haul carrier, while AirAsia takes on the domestic, short-haul network.