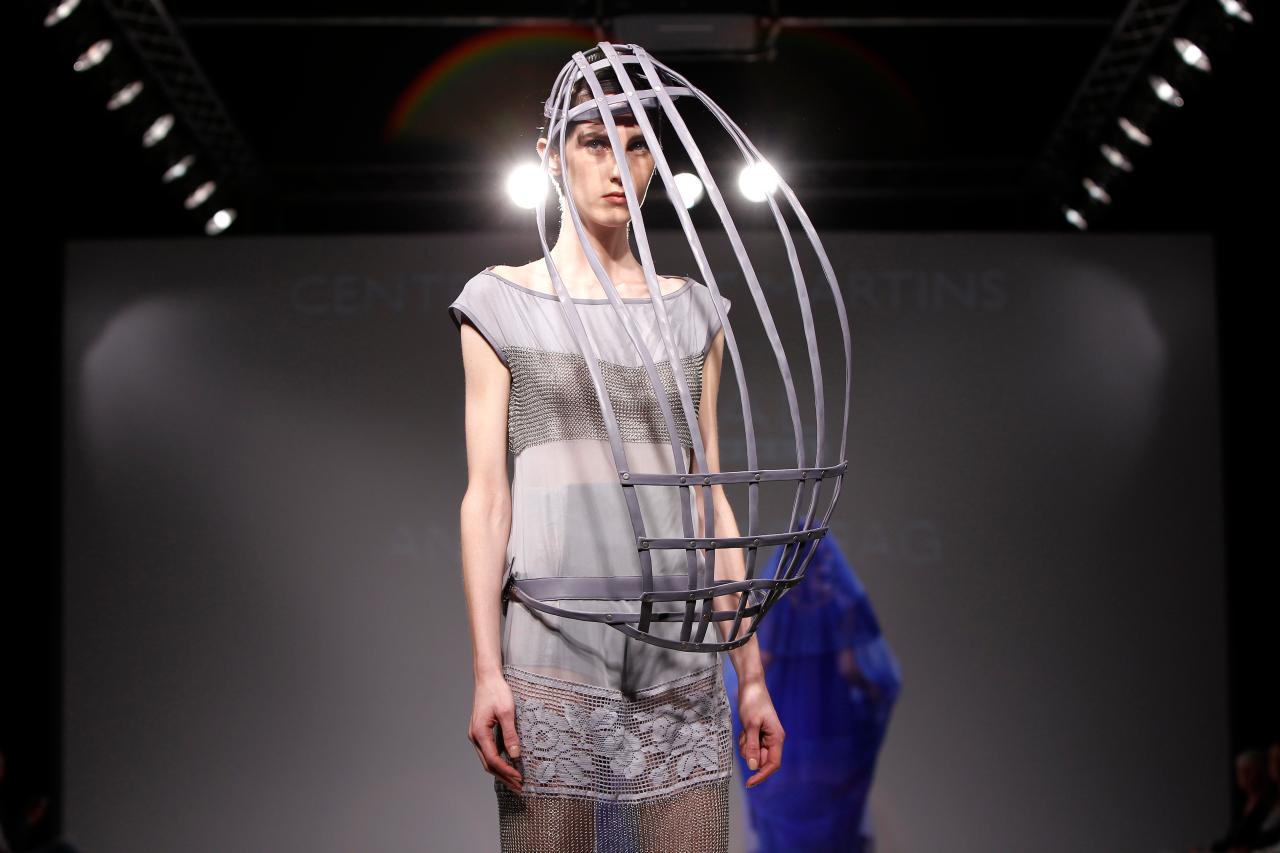 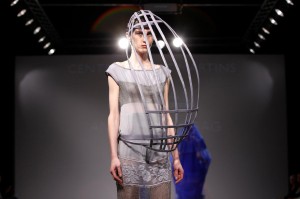 This photo shows a model wearing a student design during the Central Saint Martins fashion school BA show in London. A fashion show displaying creations by 22-year-olds at a shabby old community sports hall doesn’t sound like the kind of place London’s glamorous fashion elite would gather. But these aren’t any old kids, and the host not your local college. It’s Central Saint Martins, widely known as one of the best fashion schools in the world, the launch pad of such names as Alexander McQueen and John Galliano.